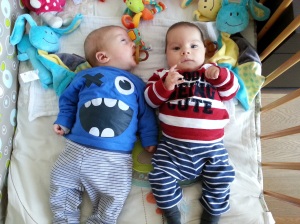 First post-babies release, this is a “pull requests integration” release, plus a few fixes (including the infamous race-condition fix that was omitted in 1.5.8).

A huge effort has been put over several months to make this version work on 2.x and 3.x flavors of Python, and except a few broken tests (due to an incompatible test helper) you should be able to officially install and use the library on python 3 as of today.

I’ve noticed the important amount of open tickets on the bug tracker, and unfortunately my available time is shrinking those days due to family business 😉 I’ve set myself the goal to fix one ticket a week, which should keep me busy until 2014 (if nothing else breaks in the meantime). That’s why help is more than ever welcome on fixing bugs, and adding missing features; I’ll do my best to be more reactive in the future when it comes to pull requests (once again, all my apologies to all the great people who have submitted patches for the last six months and must have thought they would never hear a word from me).

Thanks again to all the contributors, especially the ones who have been kind enough to include unit tests in their patches, so I don’t have to spend time making sure they did not break anything ;-)Image